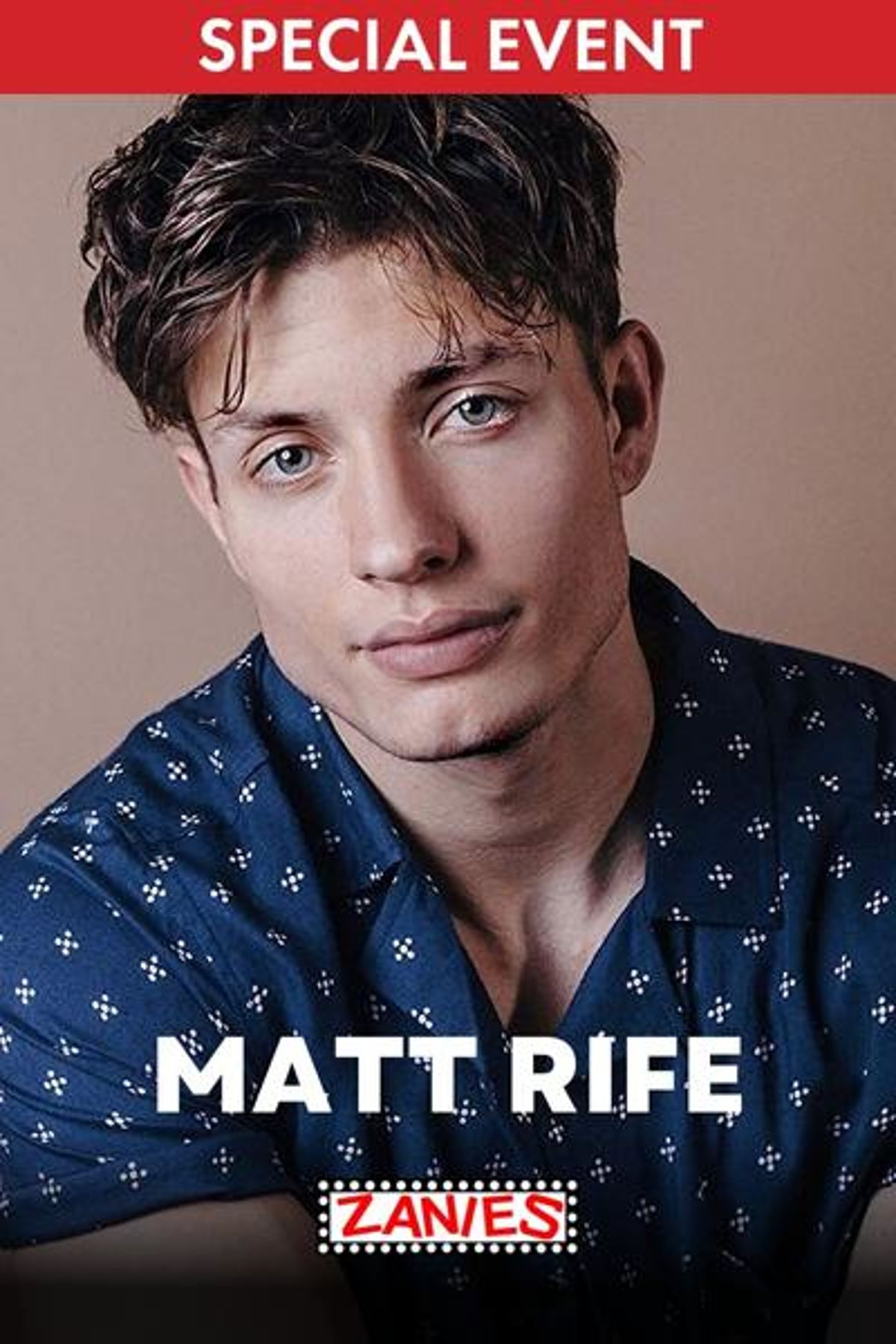 Matt Rife is one of the hottest up-and-coming comedians in the industry. His style is refreshingly genuine and quick witted. Performing since the age of 15 in Columbus, OH, he started his career opening for comedians such as Dane Cook, Ralphie May, and DeRay Davis. Matt made his television debut when he became the youngest cast member in history on MTV’s “Wild N Out”. He performed on the show for 4 seasons before moving on to hosting MTV’s reboot of “TRL”. Matt also appeared on “Brooklyn Nine-Nine”, “Fresh Off The Boat”, MTV’s “The Challenge”, and BET’s “North Of The 10”. Rife recently finished competing in NBC’s new comedy competition show “Bring The Funny” and self produced his very first 1- Hour Comedy Special “Only Fans”. Matt is now based in Los Angeles and headlining his own tour across the country. Don’t miss his charmingly naive performance!