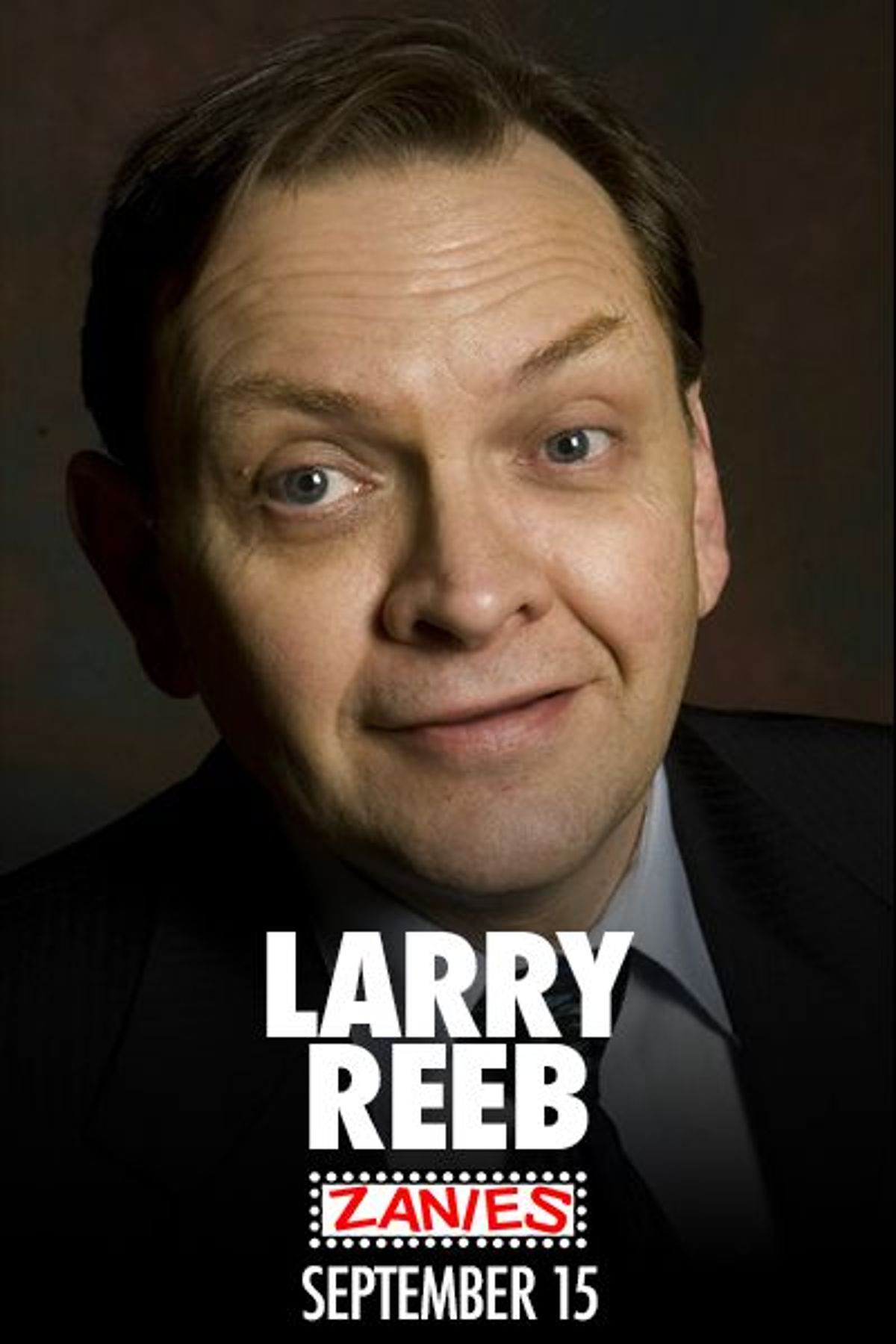 Known as Uncle Lar’, Larry Reeb is the wise-cracking black sheep, politically incorrect relative everyone knows. Like any concerned relative Uncle Lar’ wants to help. So in his own twisted way he does. He gives you “tips”. Uncle Lar’ offers tips on everything from marriage to lotteries to children. Always topping them off with, “That’s a tip from your Uncle Lar’.”

Reeb is a strong, distinct, classic character, with sarcastic attitude and a sardonic wit. He conveys his concepts with rapid fire one liners. “It’s a sick world and I’m a happy guy”, Reeb proudly announces after stating his particularly twisted observations. Reeb didn’t invent obscene phone calls or adultery, but he makes his living talking about them. In a perfect world Uncle Lar’ would be unemployed.

Where others cringe, Reeb thrives. His sharp wit was custom built to handle hecklers. During a performance a regretful drunk once shouted “talk about sex.” Larry retorted, “your parents shouldn’t have had it”, and of course capped it with, “that another tip from your Uncle Lar’.”

Uncle Lar’ is a regular on “The Bob & Tom Show”, syndicated in over 100 markets. Larry has been voted Chicago Comedian of the Year, and has made numerous television and radio appearances.

His tips are tops. His inflections infectious. And the fans are fanatics. Reeb’s cult-like clan can’t get enough. Whether he’s headlining comedy clubs, colleges or conventions, his wit is universally appealing. Relatively speaking, everyone travels from everywhere to see their Uncle Lar’.