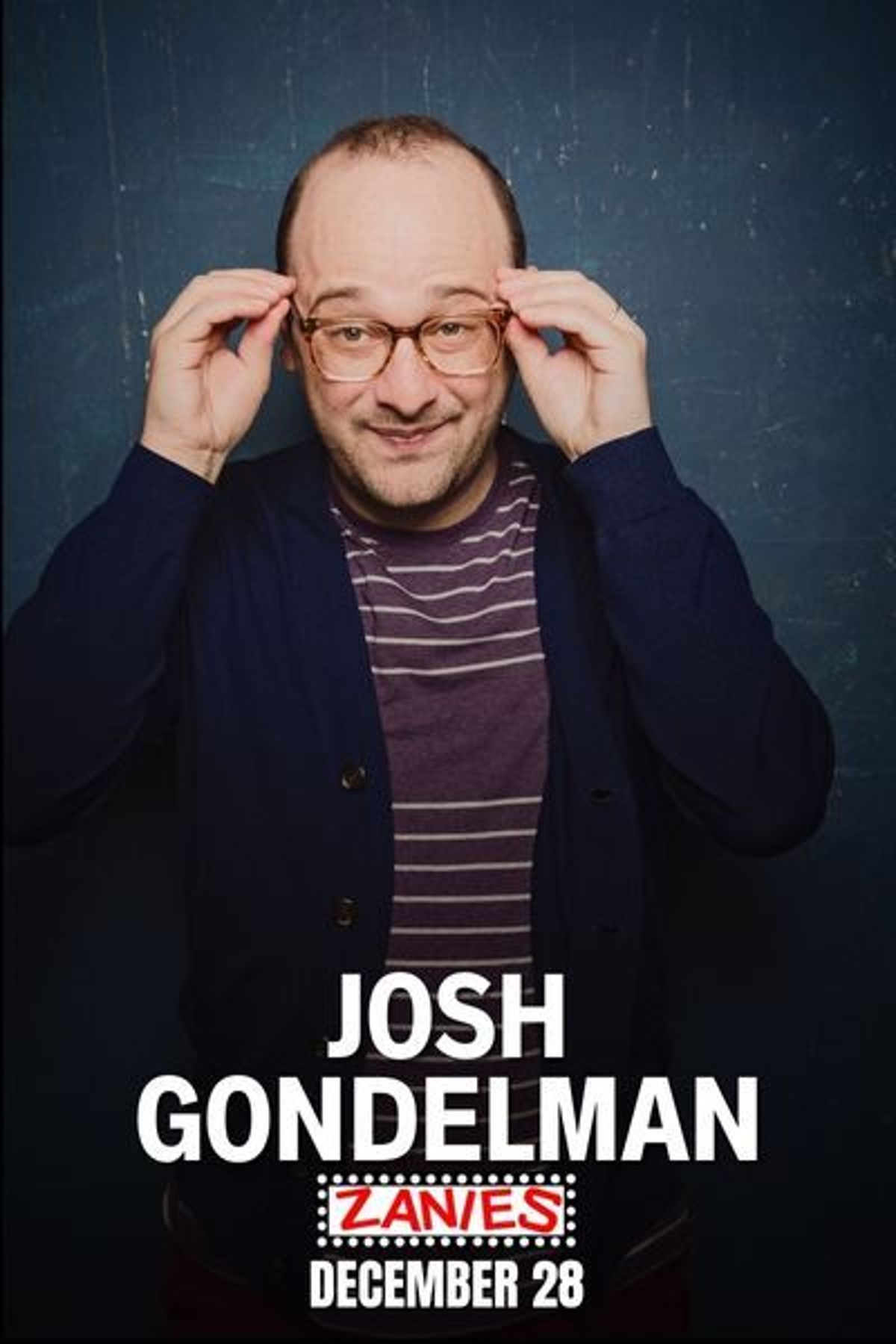 Josh Gondelman is a writer and comedian who incubated in Boston before moving to New York City, where he currently lives and works as a writer and producer for Desus and Mero on Showtime. Previously, he spent five years at Last Week Tonight with John Oliver, where he earned two Peabody Awards, four Emmy awards, and three WGA Awards for his work. Josh’s debut essay collection, Nice Try, was released in fall 2019 through Harper Perennial. In the past, Josh has written for Fuse TV’s Billy On The Street.

Onstage, Josh charms audiences using his good-natured storytelling and cracks them up with his sharp, pointy wit. He takes topics from surprise parties to his experience teaching preschool and makes them all equally hilarious. In 2016, he made his late night standup debut on Conan (TBS), and made his network TV debut on Late Night With Seth Meyers (NBC) in 2018. He has also appeared on The Late Late Show with James Corden. Josh’s album Dancing On a Weeknight was released April 2019 on Blonde Medicine Records and hit #7 on the Billboard comedy chart. His previous comedy album Physical Whisper debuted in March of 2016 at #1 on the iTunes comedy charts (as well as #4 on the Billboard comedy chart) and stayed there for…well…longer than he expected, honestly.

Some other nice things to know about Josh Gondelman: He is the co-creator and co-author of the Shorty Award-winning Modern Seinfeld Twitter account, and his own Twitter feed was named the year’s best by Paste Magazine in 2015. The Ellen DeGeneres Show took notice of Josh’s joke writing skill and featured him as part of their “Tweetly Roundup.” Additionally, Josh has performed at the Rooftop Comedy Festival in Aspen, CO, and headlined at the Laugh Your Asheville Off Festival in Asheville, NC. More recently he has appeared in the Eugene Mirman Comedy Festival, the Bridgetown Comedy Festival, and SF Sketchfest. His debut standup comedy CD, Everything’s The Best was released in November of 2011 by Rooftop Comedy Productions. His writing has also appeared in prestigious publications such as McSweeney’s Internet Tendency, New York Magazine, and The New Yorker. He also co-authored a humor book called You Blew It in 2015 with writer Joe Berkowitz.