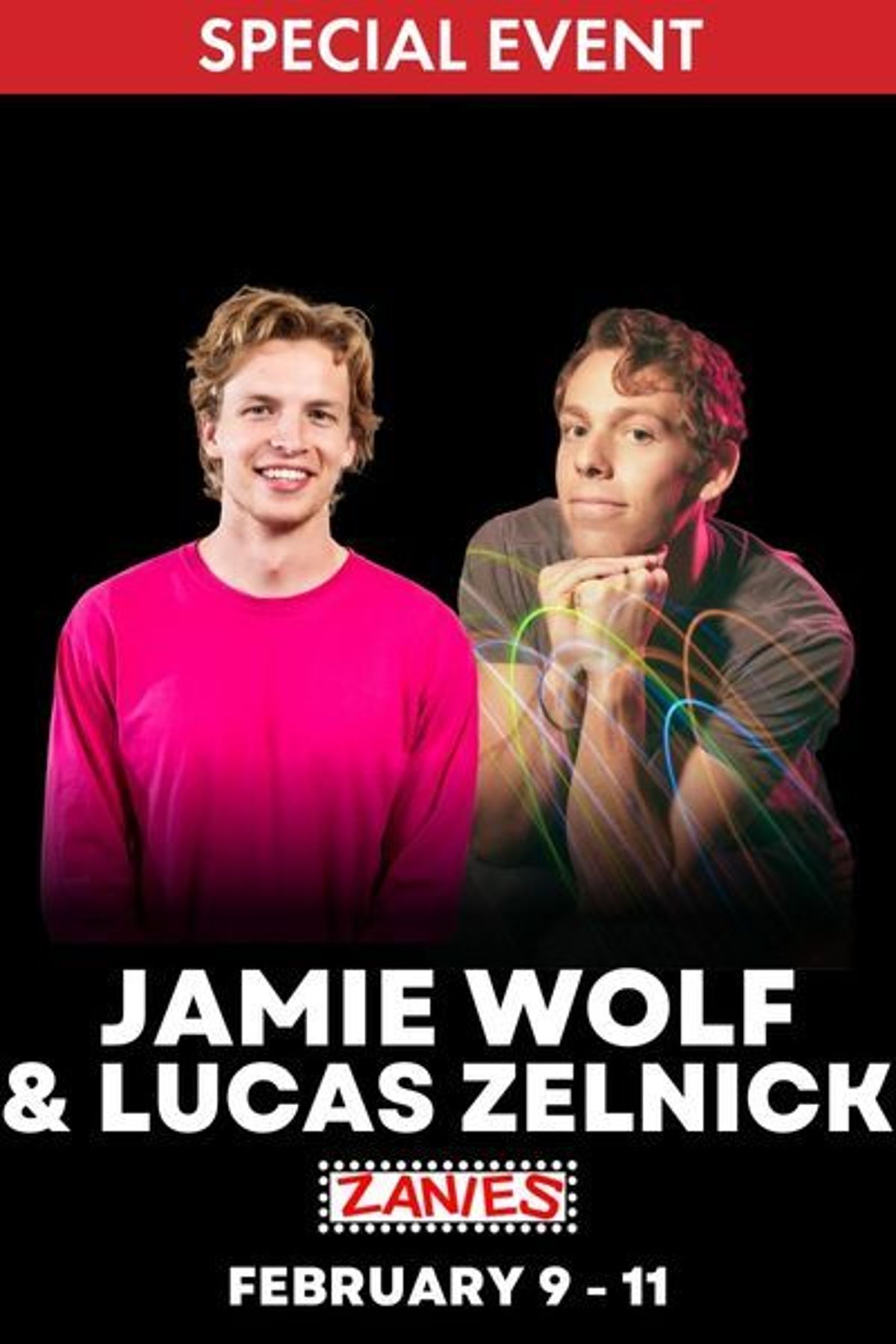 Jamie Wolf and Lucas Zelnick are two of the top young comics in the country- and they’re in Chicago for one weekend only.

Jamie Wolf is a former opiate user with a penchant for tackling dark and taboo subjects with tight writing and a dynamic stage presence that not only makes it work, but makes it kill. He was named a “Comic to Watch” at the 2019 New York Comedy Festival, won Philly’s Phunniest 2019, and appeared at Limestone Comedy Festival 2021. He was recently accepted into SF Sketchfest 2023 and has over 125K followers on TikTok and 100K followers on Instagram.

Lucas Zelnick is a NY-based stand up comic known for challenging his cushy upbringing with quick-witted, punch-heavy material. Lucas has been featured by the New York Times and wrote Facebook Watch’s Animal News Now. He was recently accepted into SF Sketchfest 2023. He has over 175K followers on TikTok.