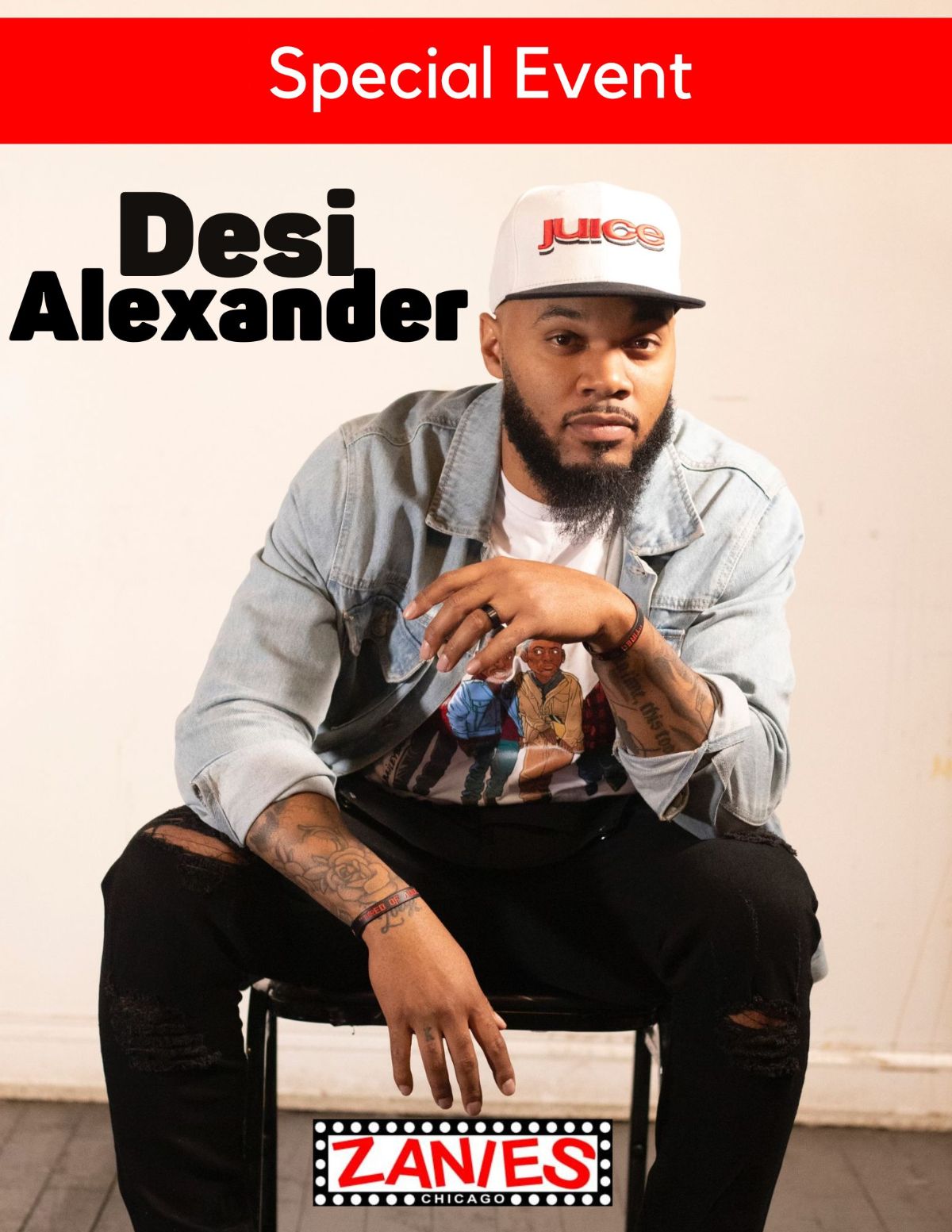 Desi Alexander is a comedian from Baltimore with limitless talent to bring to the stage.

He was a school teacher by day and comic by night before following his dream full time. His late father named him after a bit from “Eddie Murphy Delirious” and has been pushing him to live up to the reputation. He has performed with Jess Hilarious, Kevin Hart, Chris Tucker, Tommy Davidson, Paul Mooney, and many other countless legends in comedy. He’s currently the host of the comedy sketch show “Tonight’s Special Guest” premiering soon on major streaming platforms this year. With 220,000 followers on Instagram his tour is now going all across the country making his way to Chicago!